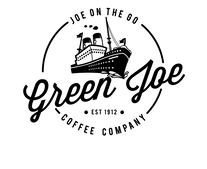 Wanna know how much a coffee truck can make?

Over $11,000 in one month on this coffee truck. Our margins were exceptionally high this month, with the overhead sitting at less than $2,000.

There was 3 large events that really propelled our income forward.

The first was a hot chocolate contract that I had gained the year previous. However, this year they tripled their order. We had ended up serving 6,988 cups of hot chocolate at 0.97 cents each. Cost per cup was 0.09 cents each. As you can see, this one turned a penny.

The next large event was a holiday market where I sold hot coffee and hot chocolate at $3 each. Cost per cup was 0.24 cent each. We grossed just shy of $2400. However, I had labor cost on this one. So, I didn't quite make the same profit percentage, but gross sales were high, so I was happy!

The third event was a movie set from Netflix. I typically charge $299/hour for movie sets because we get bombarded with drink order (some 100 per hour). This one they needed me for 9 hours. I cut them a bit of a deal, but not much to be frank, as I was already over worked at this point. I charged $2250 for this one.

There were a few other events we did, however come the end of the month I was smoked and needed some desperate time off. My second daugther was born on January 4th and I decided to take the next 5 weeks off.

So can coffee trucks be profitable? I'd say so...but you also work your ass off. So there's always a trade off...

If you want to see a video with a bit more info, visit my YouTube here: